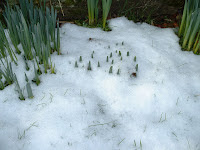 [The information is provided by the poet in focus. Some editing has been made where necessary to maintain the integrity, standards and quality of the column]

Fine haiku poems by the poet in focus selected by Susumu Takiguchi from among the ones submitted by her for this column. Many poems are from muddy shoes candy heart by Sasa Vazic (ed. by Anita Virgil, Peaks Press ebook, 2005).

darkness and my face.

A voice greeting a neighbor

frightened by my own shadow –

visited by no one any more –

kicking a stone down the path

with my winter shoe

All the lights turned off.

across the city roofs.

Beneath the war sky

in the jasmine bush

Morning after the storm –

pears from my neighbor’s tree

Shadow of a peony spreading

up to my sick-bed.

gazing at the wing

not so much as the buzz

in the summer sun.

I gaze at red leaves

memories of my countryside

The beggar before it

Giving back to my neighbor’s

at midnight into a new year

a gust of snowflakes

to the full moon

to listen to the drizzle --

the smell of violets


My stretched shadow
is moving over the field–
winter dusk.

Looking through my letter,
not a word have I written
about my native village!

I hide under the doorway
mistaking thunder for
a roaring rocket.

Viewed from the bus
they seem so joyous…
slums by the muddy river.


Alone with my thoughts.
On a thin branch
a sloe starts swaying.


The day getting longer.
Loneliness…
greater.


Walking through leaves
with tired steps–
the autumn wind.

A blind old woman
holding out her hands
touches the wind.


First snow–
with whom do I share my joy
in the darkness of the room?

Saša Važić is a freelance journalist, astrologer, translator, writer of prose and poetry, essays and book reviews. Author of over 1000 articles on various topics which appeared in newspapers and journals; member of the editorial board of Haiku Novine in Niš and of the World Haiku Club.

Her haiku have been included in a dozen national and international haiku anthologies and in a number of national and international haiku magazines and newspaper haiku columns (Ko, The Heron's Nest, Roadrunner, Simply Haiku, Modern Haiku, Wisteria...). They have been translated into English, Japanese, Chinese, Macedonian, Slovenian, Croatian, German, Czech, Bulgarian, Russian, Polish, Dutch and Norwegian. She is the recipient of a dozen awards and commendations in contests held in her country, in Japan (Water, Lake and Sea; Suruga Baika; Basho Festival; Ito en), Germany, Croatia and Bulgaria.

Largely, through her translation efforts she has brought English language haiku poetry, articles and books to Balkan readers and vice versa. Važić is the editor of the bilingual Haiku Reality (http://www.geocities.com/ana_vazic/indexeng.htm). She is the author of an e-book of haiku poetry entitled muddy shoes candy heart, edited by Anita Virgil and published by Peaks Press, USA (peakspress@lcscentral.net).

She also creates haiga, some of which have been published at the World Haiku Association’s website and at Kuniharu Shimizu’s website See Haiga Here, as well as in the Contemporary Haibun published by the Red Moon Press, USA.

3) The poet's views about haiku:

I've been studying haiku for about ten years, and still I can't (and probably will never be able to) say my final words about it. What is it in essence? Can we in the West feel precisely what old Japanese found part of themselves and their daily routine? Must it change to adapt to new ways of life of contemporary man or should we stick to our "ancient soul" and try to draw it up from within?

Apparently, nature is all that is, and everywhere...up and down, "here" and "there"... So much so that however much I may try to read and write, it often appears to me that there is nothing more to be turned into these letters in a better way in which it bears a new meaning and a new revelation than haiku. Nature is a revelation in its own right. It "speaks" of itself. Ultimately it would be best if we can just keep our poetry silent.

4) Haiku poets to be admired or emulated:

There are many poems by various authors I find good or excellent. This applies both to old Japanese haiku masters and to contemporary ones. If I were to choose among those with whom I'd like to change my place, they would be Chiyo-ni, Kioran, Hisajo, Shuson, Basho, Buson, Issa, Shiki, Santoka and many, many others.


5) Haiku poems the poet in focus likes best by old masters and/or contemporary haijin (up to six):

full moon...
going out
going back in

keeps re-echoing --
little mountain cuckoo likes
having its own way

cigarette went out -
throw away
the loneliness

GO BACK TO CONTENTS PAGE